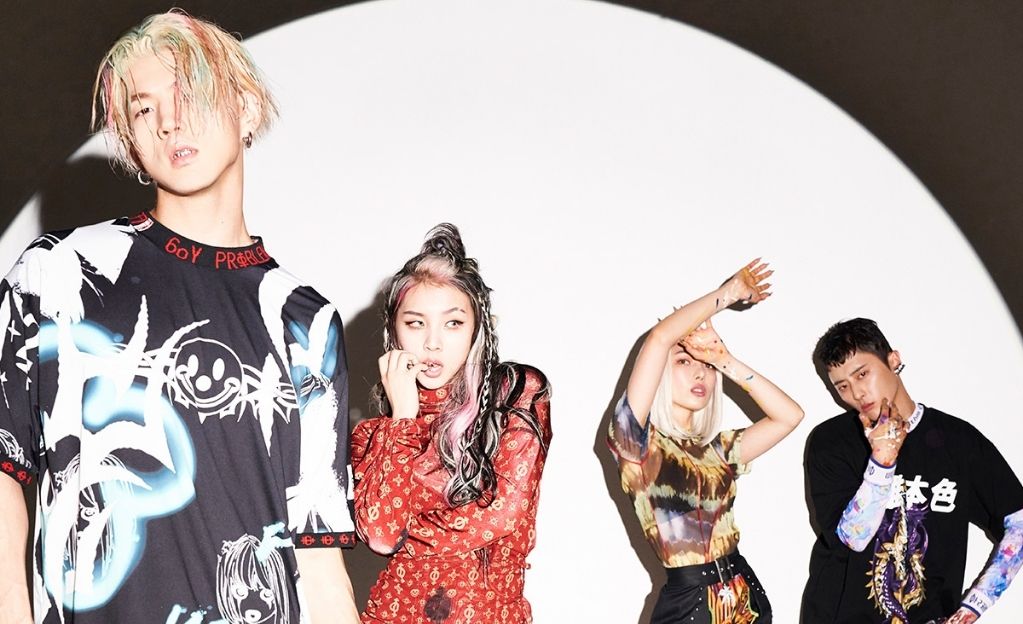 They were first introduced to the public with the release of their project single titled “Oh NaNa” featuring Kara’s Heo Young Ji.

KARD made their official debut on July 19, 2017 with the release of their first extended play (EP), Hola Hola, featuring the title track of the same name.

Somin was a former member of DSP Media’s Japan-based girl group, Puretty, which disbanded two years after its debut in 2012. Following the disbandment, she joined Kara Project, where she competed to become a new member of KARA and finished second place.

On August 24, 2015, Somin debuted as the leader of April, another girl group under DSP Media. However, she decided to leave the April on November 9.

J.seph and BM were both trainees under DSP Media, with J.seph training for five years and BM training for four and a half years. They were initially being prepared by the agency to debut as a hip-hop duo before plans changed leading to become part of KARD.

Prior to debut, BM was featured in Goo Ha Ra’s song “La La La” from her debut EP Alohara (Can You Feel It?). He was also her dance partner for the music video and succeeding live performances of the album’s lead single, “Choco Chip Cookies”.

Jiwoo, meanwhile, was originally a trainee from FNC Entertainment for two years before moving to DSP Media in 2016. She trained for two months before debuting with KARD.

KARD planned to release three project singles before their official debut. The first among the three was the single “Oh NaNa,” which was released on December 13, 2016. The song features Heo Young Ji as a “hidden card”.

It was followed by the release of “Don’t Recall” on February 16, 2017 and its English version on March 1. Their third and final project single titled “Rumor” was released on April 24.

After its release, “Rumor” charted at #1 in 13 countries on iTunes’ K-pop charts and ranked high on the main iTunes charts in the U.S., Southeast Asia, and Europe.

With the international success of their project singles, KARD embarked on their first tour, called 2017 The 1st Tour “Wild K.A.R.D,” in the United States from May to June 2017.

On July 19, they released their debut EP, Hola Hola, a six-track album containing their three previously released project singles and the title track “Hola Hola.” On the same day, they made their first official television performance on Mnet’s M Countdown.

On November 21, they came back with their second EP, You & Me, featuring the title track “You In Me”.

KARD kicked off 2018 with the continuation of their tour, including stops in Asia and Australia.

On July 25, KARD released their third EP, Ride on the Wind, featuring a total of six tracks, including the lead single of the same name.

The group is slated to hold their WILD KARD in Seoul concert on August 19. It will be followed by another tour in several Latin American countries in September, and another stop in Brazil.